‘Seven quid? Bloody ‘ell. What do I get for that then?’

‘Well, my fine fellow…’ I don’t say. I’m thinking it though. I think a lot of things, whilst wearing my special Dealing With The Public smile.

‘You get free-range chicken. Blythburgh pork. Pitta bread which I baked myself last night. Tzatziki made with mint I grew in the garden. For two Great British pounds less, however, you could go over there and have a cheap old sausage in a dry roll from the cash and carry.’

He glances over at sausage lady who is wearing a ‘comedy’ outfit (the only thing she could find in her van to combat the cold, apparently) and having a fag.

‘Er, maybe I’ll live a little,’ he says, counting out his change.

I despair. Not least because sausage lady probably makes way more money than us. Good food costs money. If you want high quality produce, it costs more. Simple, innit. Perhaps I’m doing it wrong; nipping to Bookers for a box of buns would be far easier than all the kneading, rolling out of dough and hoovering up of flour.

I try not to mind. People can’t help it. We’re off to Essex for an event soon. While the Greek God tries to blend in and goes all ‘geezer’, I find my inner Joanna Lumley spontaneously erupts.

‘We do try not to use the ‘K’ word,’ I’ll chirp cheerily through gritted teeth as I stand out in sub-zero winds, wearing ALL my clothes at once and lamenting the thread veins that no one mentioned in the Street Food for Dummies manual.

It was a dreadful rip-off. I might have that inscribed on my headstone when I’ve died of hypothermia, hurty knees and baker’s lung. It’s cold in Kebabylon. 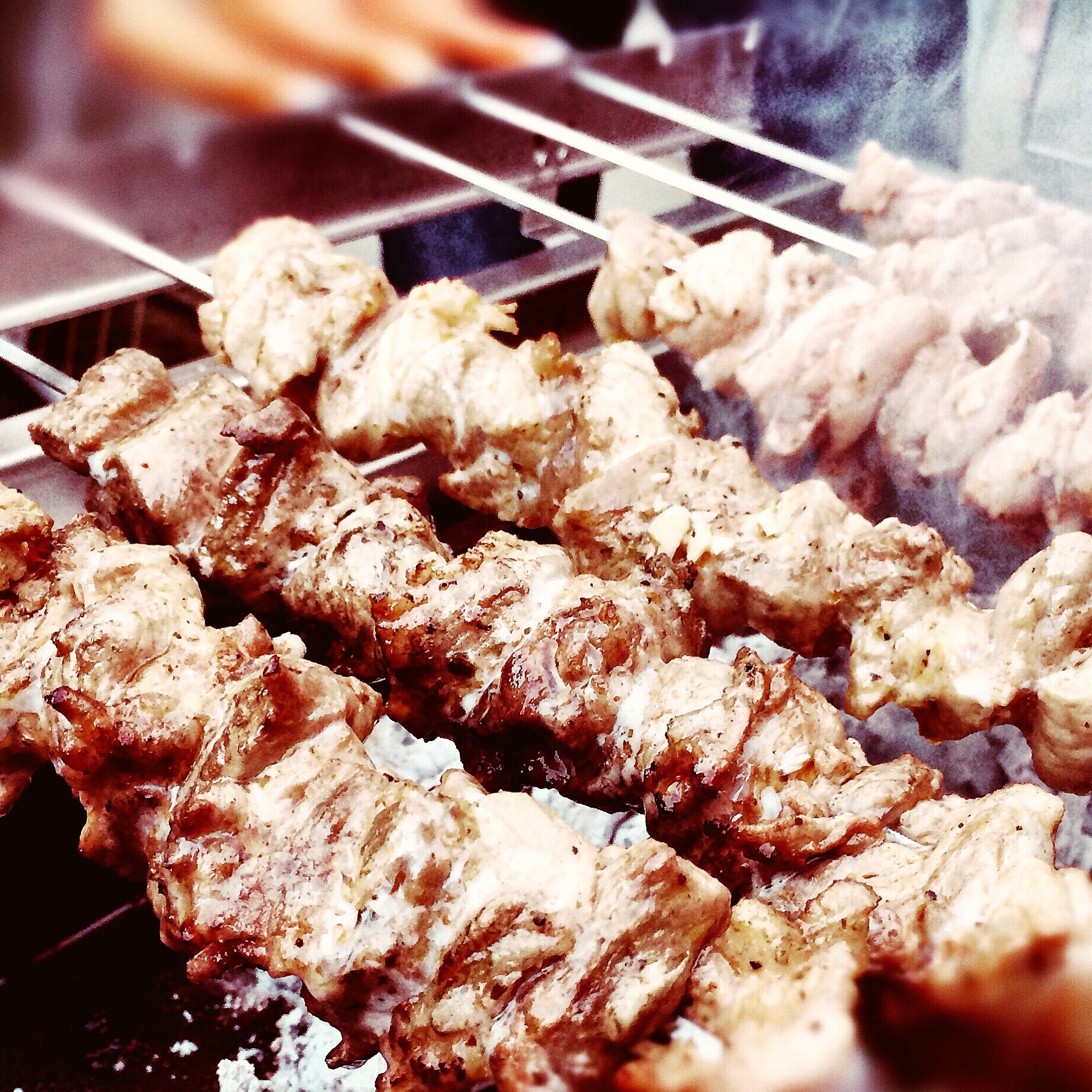